Our team members come from diverse backgrounds with a broad range of complementary skills. Cameron has more than 20 years experience in operating and building businesses and 16 years designing and commercialising products. Cameron has founded and exited two companies during this time and understands what it takes to build a successful business.

After completing a Bachelor of Commerce at Melbourne University in 1993, Cameron began his career working in finance, but eventually turned to design, working in the area of hydraulics. His success led to designing a range of water-saving products for Nylex as part of a $31m manufacturing contract. Aligning with the manufacturing business, his company was able to establish itself as a consulting and water auditing business as well, with clients including South East Water and Sydney Water.

In 2006 Cameron designed and manufactured a scalable pumping system, installing more than 2,300 in two years. In 2007, as a result of its strong client list and reputation, the company was sold with Cameron remaining as COO for a two-year term.

In 2009 Cameron moved to California to consult on water conservation. The move was shortly after the Black Saturday fires and the Station fires in Los Angeles, identifying for him the need for a technology driven solution to bushfires/wildfires. Cameron was able to develop a smart sensor, communication network and infrastructure suppression system under the original company name FlameSniffer Inc.

Returning home to Australia in 2011, FlameSniffer Inc. was incorporated in Australia, and later renamed Attentis®, due to its expansive sensing options over and above fire detection. Years of research and development have now culminated into the highly intelligent systems that form the products and services provided by Attentis Pty Ltd today. Dr Paul Twomey is a serial entrepreneur in the legal, cyber-security, talent and bio-security sectors. Paul is a founding figure and former CEO of ICANN, the global coordination body of the Internet, a role in which he was described by the New York Times as "the Chief Operating Officer of the Internet."

Paul was CEO of the Australian Government’s National Office for the Information Economy and Deputy at the Australian Trade Commission. Formerly with McKinsey & Company, he was a special advisor to several Australian Ministers in the Keating and Howard Governments. He is a member of the SAP Artificial Intelligence Ethics Advisory Panel. He serves as a Fellow at several international think tanks.

He received his PhD from Cambridge University. Wendy is a financial analyst with a degree in Economics from Monash University and a proven track record of identifying, managing and growing strategic, high- value, long-term relationships for businesses. Over the last 27 years, Wendy has managed investment portfolios ($4-14 billion) for investment houses including AXA IM, Alliance Bernstein, ME Bank and IFM, as well as played a key role in supporting managed growth of companies in strategy and alignment.

An active supporter of social impact entrepreneurs in climate change, technology and health, Wendy provides key awareness and connections to aligned parties – government initiatives, funding options and programs, and universities – with an end goal to promote innovation and technology as the forefront of solutions to many problems of today. With a Master's Degree in Computer Science from RMIT, David has over 15 years experience in designing and developing interactive websites and mobile apps, focusing on functionality, scalability and high traffic operations. David specialises in user experience (UX) through innovative design and user-interface interaction. Lee is a multi-disciplinary designer with a 25-year career in visual communication and brand development, covering a wide selection of industries from government, not-for-profit, corporate and small business, through to start-ups.

His clients have included Holden, Nissan, Department of Education, Department of Justice, PowerCor, Victorian Employers’ Chamber of Commerce and Industry (VECCI), Victorian State Emergency Service (SES) and the Committee for Melbourne. He has won numerous photography and packaging awards. With a Masters in Engineering (Electronics) from Monash University, Chris has more than 13 years of experience in the IT industry with particular expertise in hardware, systems and source code development, SQL server configuration and data warehousing. Chris served as IT Manager and Systems Developer at Kinetec Technology International, where he successfully developed a range of distress beacons used in marine and aviation applications. During this period Chris also designed and constructed a flight simulation and training system, still being used to train pilots today.

In 2014, Chris joined Attentis® initially working on expanding the capabilities of the V5 series of sensors, then leading the hardware re-design of the V7 series, and now the latest intelligent V9 range. 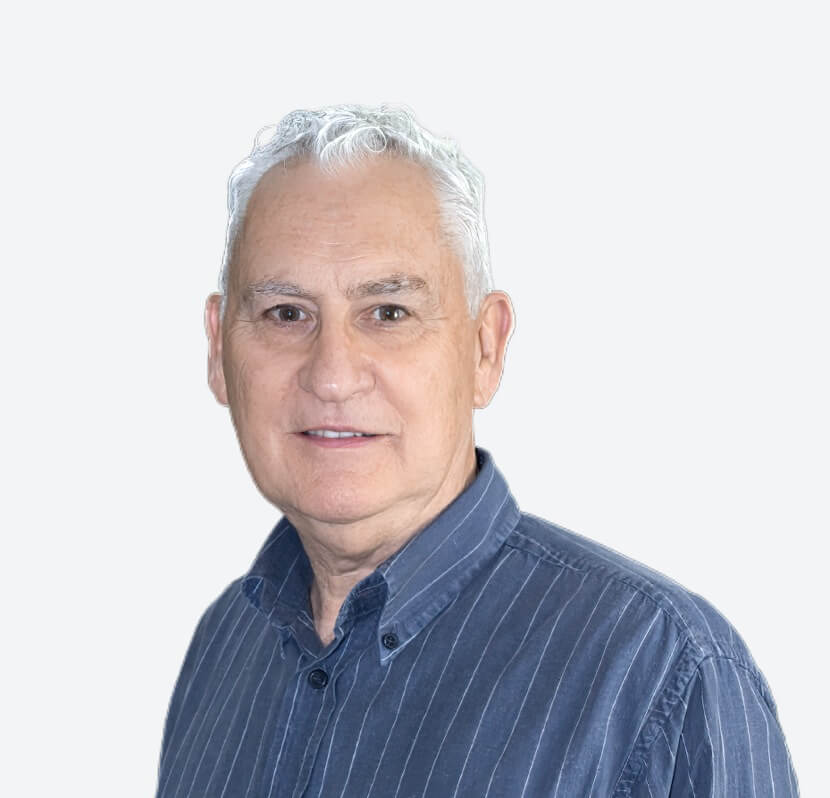 Rob Gell AM
Director of Sustainability and Alliances

Rob Gell AM
Director of Sustainability and Alliances